The Birthplace of Hockey

The Birthplace or Origin of Hockey

Hockey, like many sports, evolved over centuries and was influenced by several games, pastimes, groups and individuals from various countries.

While many Canadian communities have long and rich histories involving the sport, and have undoubtedly contributed to the game's evolution, it is important to rely on documented facts when considering claims on the birthplace of the game.

Many activities that could be considered as precursors to modern hockey have been played on ice under a variety of names; Hockey, Hurley, Hurling, Bandy, Shinty and Shinny, to name a few.

The following references were compiled By Carl Giden and Patrick Houda of Sweden, co-authors of On the Origin of Hockey with Jean-Patrice Martel, and may be of interest to anyone pondering the validity of a birthplace claim.

The Aberdeen Journal of February 9, 1803, reported on an event that had occurred four days earlier in Paisley, a small town near Glasgow, Scotland.

"On Saturday [Feb. 5], a most melancholy accident happened in the neighbourhood of Paisley —Two boys of about 14 years of age, the one named Ritchie, and the other Macallum were playing at shinty on the ice, at that part of the Cart called the High Lin, when the ice gave way with them, and they fell in, to the depth of 10 or 12 feet."

Sadly, the two boys could not be revived. Shinty is a different spelling for "shinny", which most people will recognize as very similar to hockey, like hurly.

In 1797, London publisher Joseph Le Petit Jr. produced a print from an artist who has been identified with almost certainty as Benedictus Antonio Van Assen.

The painting depicts two boys wearing skates apparently preparing to play a game of hockey, judging from the stick and the puck (not a ball, rather a bung used to plug beer barrels). The scene was clearly captured at the tip of Isleworth Ait, an island in the Thames, judging from the presence of the Kew Observatory's obelisk in the background.

Though printed on September 1, 1797, it is believed to depict a scene captured in December 1796, as that month included a bitterly cold spell around Christmas, with the temperature in London on Christmas Eve noted as -21 degrees Celcius.

The image was seemingly referred to sometime between 1892 and 1896 in the magazine Young England — An Illustrated Magazine for Young People Throughout the English-Speaking World in an article titled "Bandy; or, Ice Hockey" by E. T. Sachs, and included the following passage:

"In the old days, and to within quite recent years, the game was played with a bung. A couple of miles from where I am writing I found a small print of a youth on the ice on skates, with a hockey stick in the hand, and a bung lying on the ice at his feet. This print is more than a hundred years old, which shows that our great-great-grandfathers knew how to enjoy themselves in the winter quite as well as we do."

In 1849, William Alexander Duer published New-York as It Was, During the Latter Part of the Last Century: An Anniversary Address Delivered Before the St. Nicholas Society of the City of New York, December 1st, 1848. The period covered is between the years of 1783 and 1791. It contains the following:

"The ground between the Collect and Broadway rose gradually from its margin to the height of one hundred feet, and nothing can exceed in brilliancy and animation the prospect it presented on a fine winter day, when the icy surface was alive with skaters darting in every direction with the swiftness of the wind, or bearing down in a body of pursuit of the ball driven before them by their hurlies; while the hill side was covered with spectators, rising as in an amphitheatre, tier above tier, comprising as many of the fair sex, as were sufficient to adorn, and necessary to refine the assemblage; with their presence served to increase the emulation of the skaters."

In 1846, Alexander Slidell Mackenzie published Life of Stephen Decatur, a Commodore in the Navy of the United States. Admiral Charles Stewart provided, for the author, an anecdote dating from the time that he and Decatur attended the Episcopal Academy, in Philadelphia, in the late 1780s:

"During the winter, when the glassy surface of the Schuylkill invited the boys to skim over it on skates, no one excelled him [Decatur] in hurly, prisoner's base, and the other games of the season."

Journalist and historian George Penny published in 1836 his major work, Traditions of Perth. Perth is a Scottish town about 60 km north of Edinburgh.

The book consists chiefly of the personal observations of the writer and the accounts related to him by his father, during a period in which neither local paper nor magazine existed to chronicle events. Considering the year in which the first newspaper appeared in Perth, the possible range of dates for the various anecdotes contained in the book is anywhere between 1745 and 1809.

One of those anecdotes goes as follows:

"The Shinty or Club, used to be played in all weathers on the Inch; and frequently on the streets, by large assemblies of stout apprentices and boys. This game was also played on the ice by large parties, particularly by skaiters, when there was usually a keen contest."

The book The History of the Great Irish Famine of 1847, with Notices of Earlier Irish Famines, written by Rev. John O'Rourke was published in 1874. It contains passages from Irish newspapers from 1740.

The first one is from an unidentified newspaper and reads as follows:

"Accounts from Nenagh under date of Jan. 5th [1740] say: — 'The Shannon is frozen over, and a hurling match has taken place upon it; and Mr. Parker had a sheep roast whole on the ice, with which he regaled the company who had assembled to witness the hurling match'..."

The second one is from the Dublin Evening Post of Jan. 19/Feb. 2 of the same year. It may or may not be referring to the same event:

A Scottish text, written in the early 17th century, shows that shinty was played on ice almost 200 years before the earliest Canadian birthplace claim. Historian and divine (theologian) David Calderwood (1575-1650) wrote The Historie of the Kirk of Scotland, first published in 1646. A passage in the manuscript tells about the "Great Frost" in the winter of 1607-08 and includes the following (here translated into modern English):

"A vehement frost continued from Martinmas [St. Martin's Day, November 11] till the 20th of February. The sea froze so far as it ebbed, and sundry went into ships upon ice and played at the chamiare a mile within the sea-mark."

The word "chamiare" (or "chamie") is another word for "shinty", as per the Scottish National Dictionary, available on-line.

On the Origin of Hockey

On the Origin of Hockey Book

In the spring of 2014, members of the Hockey Origins Research Group (HORG) released the book "On the Origin of Hockey", which is a presentation of known facts about the origins of hockey, based on tens of thousands of words, from hundreds of sources, written about hockey played on the ice with skates.

Copies of the book can be purchased via the Createspace website.

2002 Report on the Windsor Claim

2002 Report on the Windsor Claim

Members of the SIHR have long been involved in researching the origins of the game. In May of 2001, a Sub-Committee was formed to look into the claim that Windsor, Nova Scotia, was the Birthplace of Hockey. A claim that was advanced by Dr. Garth Vaughan in his book "The Puck Starts Here" and by the Windsor Hockey Heritage Society.

The following year in May of 2002, the sub-committee held a press conference at which time it produced a report which offers no opinion on the birth date or birthplace of hockey, but takes note of a game at Montreal's Victoria Skating Rink on March 3, 1875. This is the earliest eyewitness account known to the committee (in 2002) of a specific game of hockey in a specific place at a specific time, and with a recorded score, between two identified teams.

The committee went on to say that it hoped that its work would encourage further research into hockey's origins. The committee also acknowledged the part that Dr. Vaughan and the Windsor Hockey Heritage Society have played, generally, in stimulating an interest in the roots of Canada's national winter sport. Nova Scotia, after all, has been one of the leading contributors to hockey's development and growth from early times.

To the chagrin of Canadians, in 2014, SIHR researchers uncovered conclusive evidence of hockey — matching the criteria for the game as defined by the 2002 sub-committee report, being played in England well before the 1875 game in Montreal. This research is included in the book "On the Origin of Hockey".

Members of SIHR can search the collection of early hockey references.

1773 - First contemporary use of the word hockey

In 1773, a book with the curious title Juvenile Sports and Pastimes, to which are prefixed, Memoirs of the Author: Including a new mode of Infant Education, by Richard Johnson (pseud. Master Michel Angelo), was published by Thomas Carnan, in London, England.

1797 - Earliest known depiction of a hockey player on ice

In 2010, a collector from the United States discovered the earliest known print or painting depicting not only hockey on skates but also the use of a bung on the ice.

It is on wove paper with no watermark and was found in an antique shop in Maine, USA.

Sir John Franklin is best remembered for his surveys of the Arctic, having made four journeys to the region and mapping over 3000 miles of the northern Canadian coastline.

During this time, he made three references to skating and hockey on the ice at Fort Franklin (now Deline) during October of 1825.

Things to keep in mind when using the HORG-database

Referring to only one or few references can easily lead one to draw incorrect conclusions. It is important to review as many related references as possible to have a better understanding of the general context.

Some references are included only to show that a word was in common use and did not need to be explained to the reader. Example: Exotic travellers comparing native stick and ball games with bandy or hockey.

Even fictional works are of value as they explain the contemporary view of a subject in relation to the use of terms and how a game was practised.

A word of caution regarding memories; To be credible, terms (i.e. hockey) used in these works need to be supported by other contemporary sources from the years referred to. 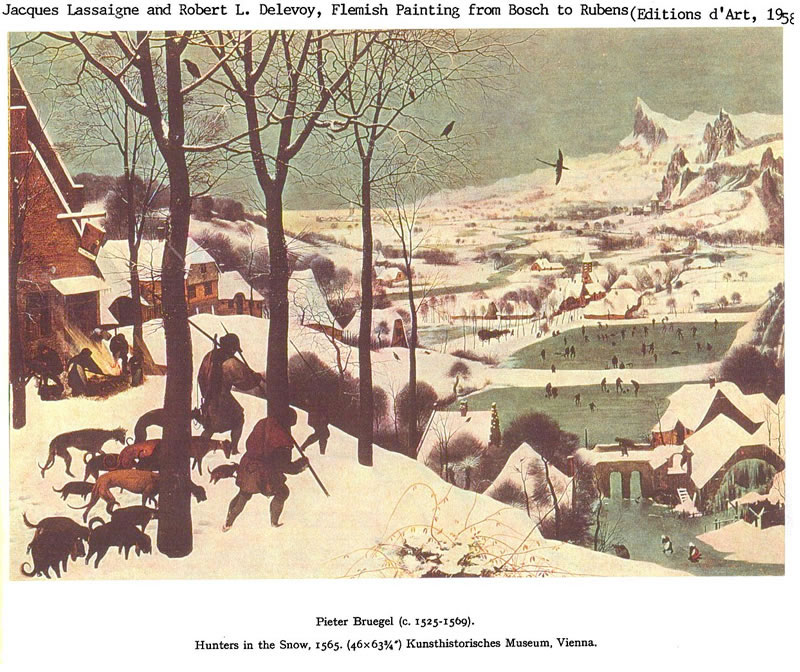 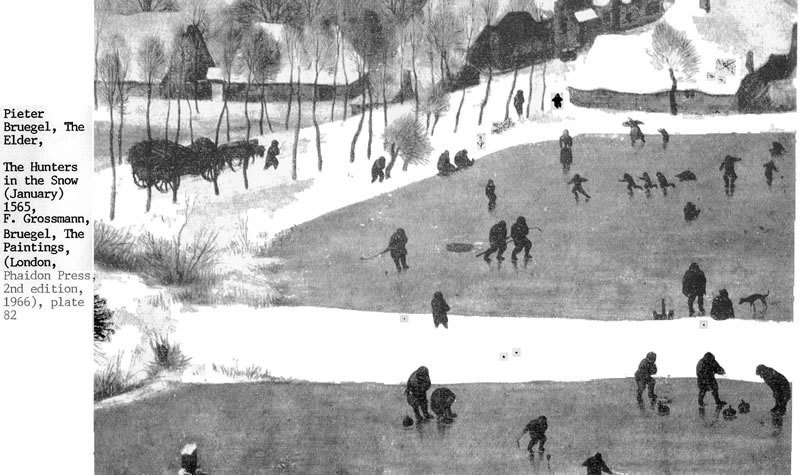 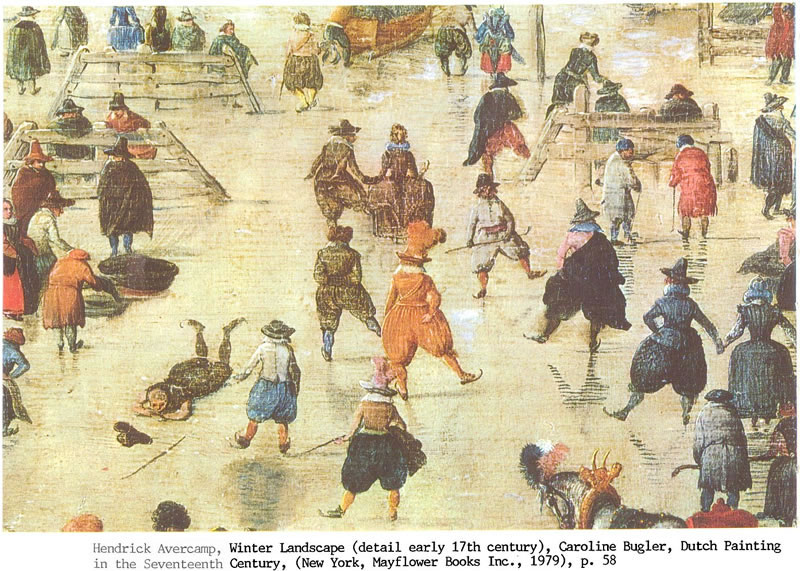 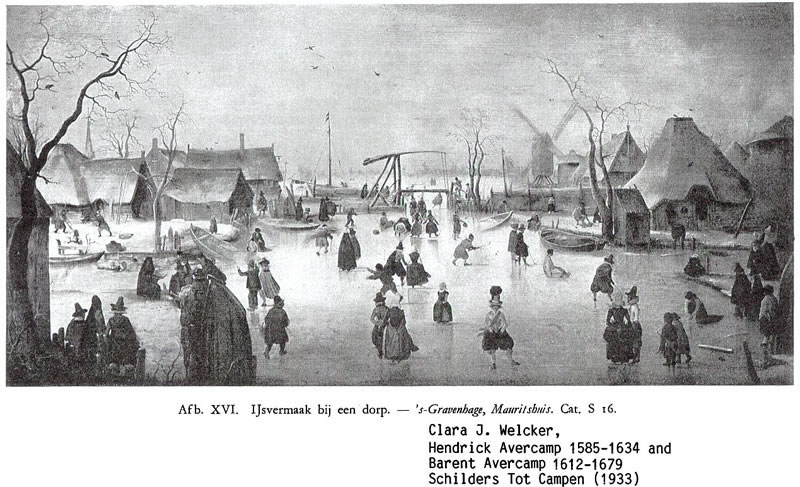 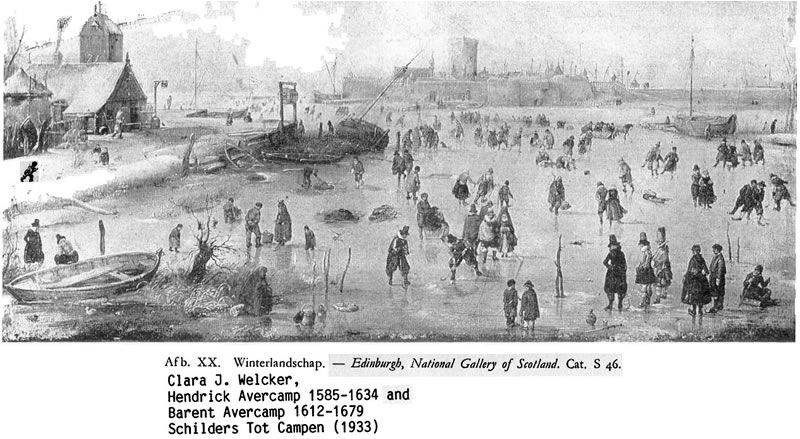 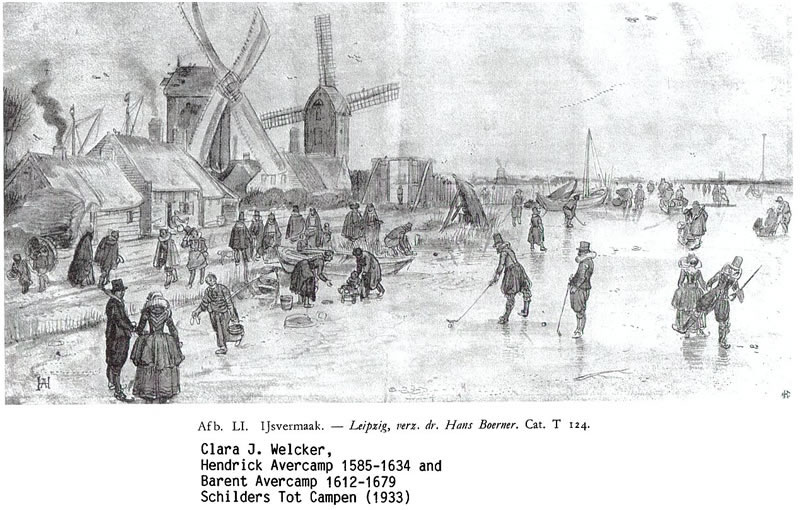 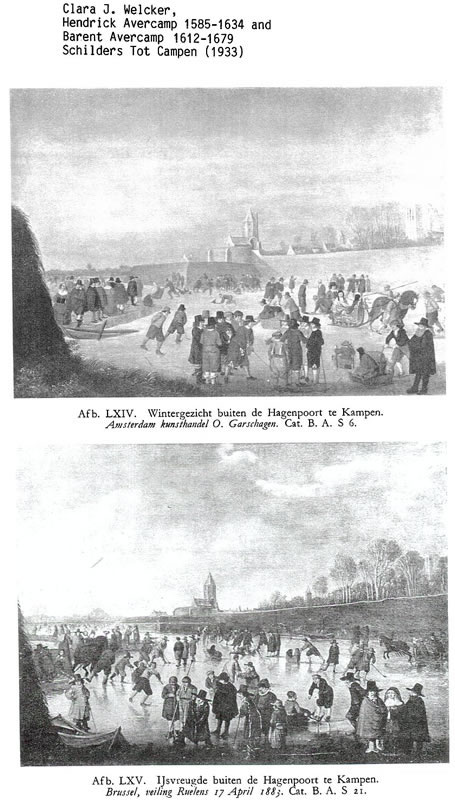 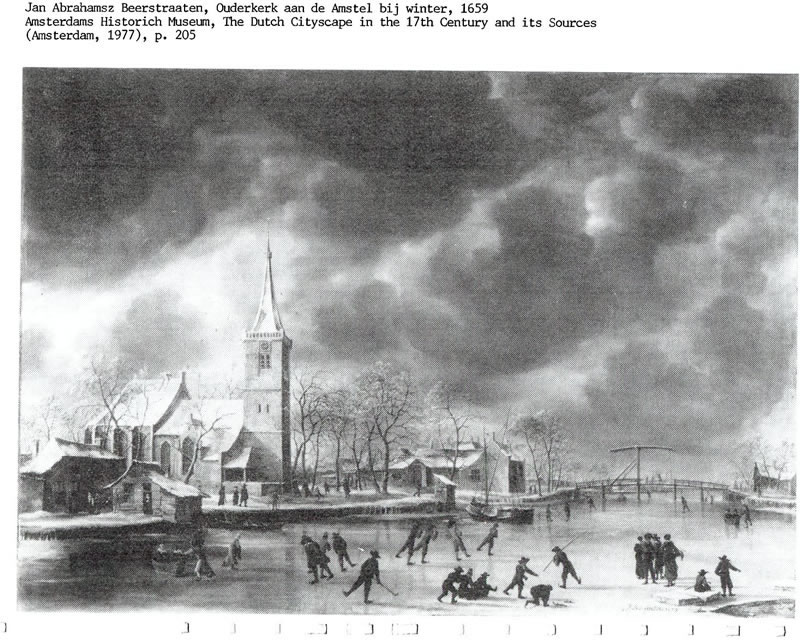 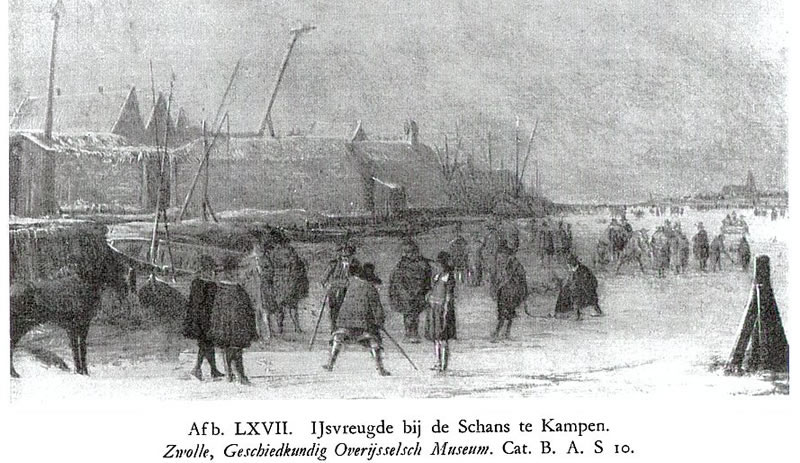 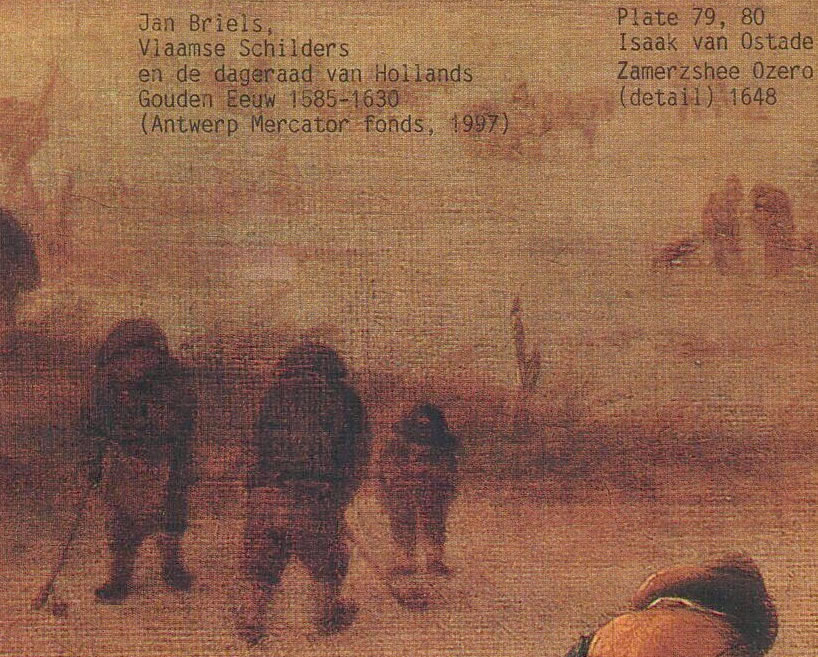 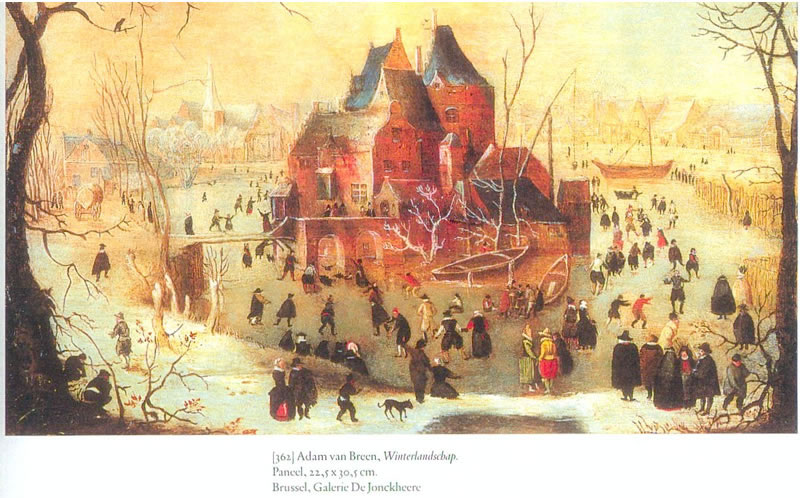 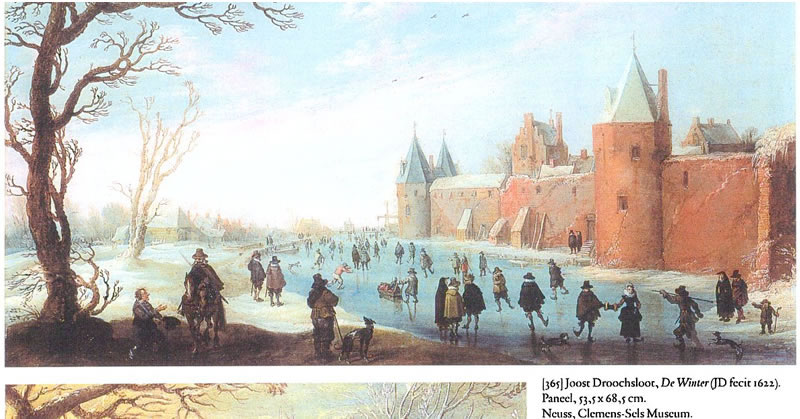 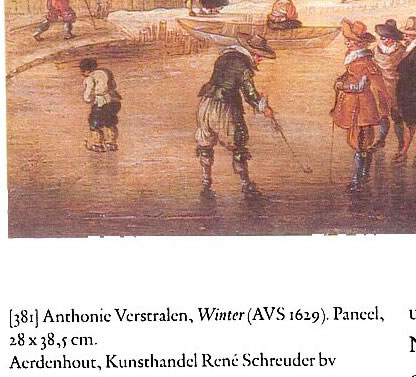 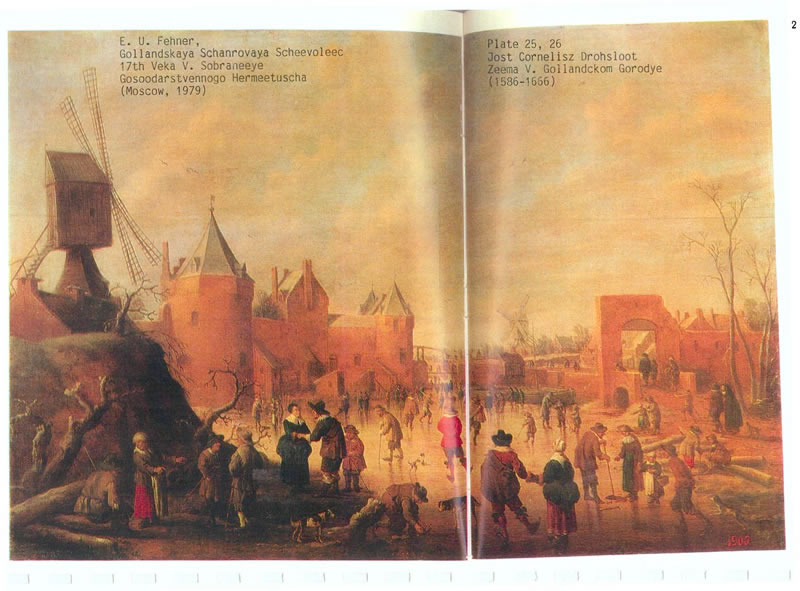